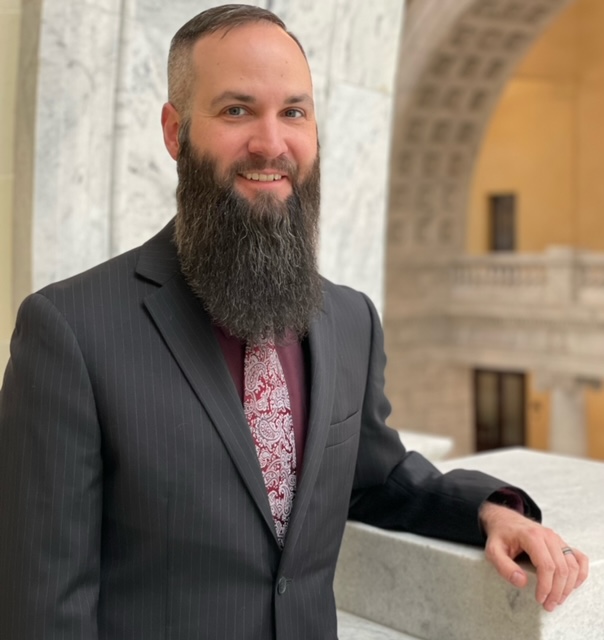 Steve Hartwick was born in Missouri and spent the first portion of his life in Kansas City. At age 19, he enlisted in the Air Force and completed several overseas tours of duty and three separate deployments to Iraq.

He fell in love with Utah after arriving in 2007 and knew this was home. In 2012 he transferred to the University of Utah where he pursued his passion for the life-sciences, completing a degree in biological anthropology. Steve currently works at Myriad Genetics – one of the nation’s leading organizations in genetic cancer research. He met the love of his life in 2016, and they were married just three years later.

His background in science, coupled with his military experience give him a skill set Washington desperately needs to help end the division within America, so that we can get back on track and move forward together.

Candidate profile information is provided by candidates. The information herein does not constitute an endorsement from the Utah Democratic Party, and is instead provided as an informational guide for delegates.